Media, Culture, and the Religious Right 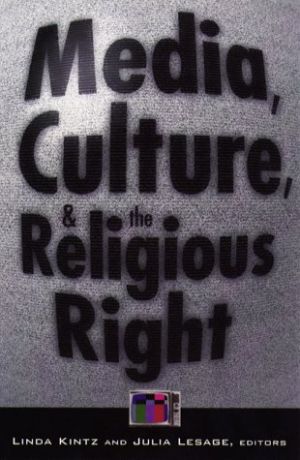 The first comprehensive treatment of right-wing Christian media as a cultural phenomenon. As the religious right has increased in both power and visibility, there has been a commensurate growth in the prominence of Christian media. This important and timely collection is the first to provide a broad overview of the organizations, history, and media influences of the Christian right. Here, the best minds in media studies, sociology, political science, religious studies, and gay and lesbian studies come together to paint a revealing portrait of conservative Christian media today. Striving for analysis rather than accusation, the contributors examine both symbolic structures and institutions. They lay out the interlocking themes found repeatedly in conservative religious ideology and provide a specific critique of the ways the Christian right has utilized the mass media. The book presents case studies of media that bridge conservative religion, culture, and politics and offers a detailed analysis of the role of media in particular advocacy campaigns, especially the attack on gay rights. Topics include: training films and videos used by the Christian Coalition; the 700 Club as an example of the ideological operations of religious television; key figures like Rush Limbaugh and religious psychologist Dr. Dobson; cable and satellite broadcasting and other new technologies and alternative media; Christian video and radio; and media's effect on the organizing practices and political mobilization of the religious right. Several of the authors discuss the Internet, including newsgroups and listservs, as well as fax machines and other emerging technologies employed by religious conservatives.