Christ and Pop Culture Goes to the Movies: 2015 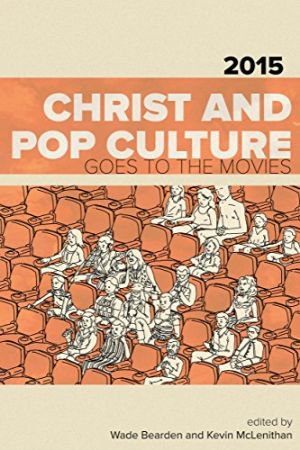 15 essays about 15 films from the year 2015. It’s sometimes said that spending time together at the movies isn’t really spending time together at all. “You sit in the dark, watching a giant screen,” detractors often quibble. “No one has an opportunity to talk.” We can’t argue with either of those points. Theaters do possess giant screens. And people shouldn’t be talking—nobody likes a theater-talker. But we do disagree with their main thesis. Going to a movie can constitute great quality time. Sitting with one another while observing a piece of art as it rushes through your imagination—that is a communal experience like no other. Watching the same narrative at the same time with other people can craft just as strong of a bond as if you were hiking through the woods or enjoying a concert together. What is often even better than going to a movie, however, is leaving a movie. The conversations that follow this collective experience—whether the film is good or bad—not only excite the senses but also sharpen the mind. It is with this idea in mind that Christ and Pop Culture Goes to the Movies: 2015 was conceived. The purpose of this book is to extend the moviegoing experience across various media platforms and physical spaces. Our goal is not to prolong the film themselves but rather the conversations that follow these films. Think of this book as the ride home after a thrilling blockbuster, an engrossing character study, or an idiosyncratic drama. This is a continuation of our ever-evolving banter about the expanding influence of cinema. At Christ and Pop Culture, we [Wade and Kevin] host a weekly podcast called Seeing and Believing. Our tagline for the show is, “Searching for the sacred on screen.” As we examine the ins and outs of various projects from the year 2015, the idea of sacredness sharing screen time with great characters and sublime stories excites us. Film has much to say about religion, God, Creation, and the ways in which we experience all three. And we desire to embed ourselves within this significant discussion. To do this, we recruited nearly a dozen other highly skilled film writers to help us explore the sacred themes in fifteen movies from the year 2015—essentially, fifteen essays about fifteen movies from 2015. In the end, we’ve fused together a smattering of deep, critical pieces that touch on movies in nearly every genre. From big blockbusters like Mad Max: Fury Road and Star Wars: The Force Awakens to less-known films like Experimenter an