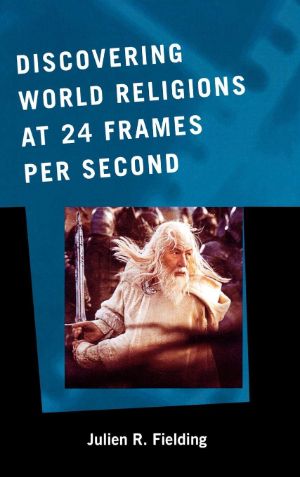 Traditionally, university students have gained access to world religions by reading primary texts. Discovering World Religions at 24 Frames Per Second takes students beyond the written page, offering an exploration of the same religious traditions through the study of feature films. The many definitions of religion are examined along with its various components, including doctrine, myth, ethics, ritual, and symbol. Specific religious traditions, including Hinduism, Sikhism, Zoroastrianism, Buddhism, Confucianism, Daoism, popular religion, and Shinto are examined. Biographical sketches of directors whose films tend to focus on a particular religious tradition are also included, such as Zhang Yimou, Hayao Miyazaki, Deepa Mehta, and Akira Kurosawa. Discovering World Religions at 24 Frames Per Second is unique in the area of religion and film studies in that it isn't just a collection of essays. Instead it provides the introductory student with the necessary background information on the various religions before looking at how their ideas can be understood not through texts but through the cinematic medium. To keep the conversation fresh, most of the films used in the book were made within the last decade. Furthermore, examples range from popular, mainstream fare, such as Star Wars and the Lord of the Rings trilogy to lesser-known foreign films, such as The Wooden Man's Bride and The Great Yokai War. Several films with a 'cult-like' following are also discussed, including Fight Club, Princess Mononoke, Spirited Away, and Jacob's Ladder. This book is also unique in that instead of drawing upon the Judeo-Christian tradition, it draws from Eastern traditions.