Filmwell: Nothing Bad Can Happen 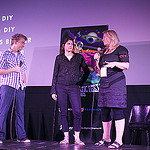 Katrin Gebbe’s first feature, Nothing Bad Can Happen, quite impressively made it all the way to Cannes in 2013. It is a hard enough film to watch that it met with mixed reception. From reviews I have scanned (so, consider this unscientific), most are repelled by the film because it does all kinds of awful things to its lead character….Throughout the course of the film it is clear that Gebbe understands the process of Christian conversation and the initial internalization of Christian ideas well enough to bend them in the right places. Q.E.D.: His constant repetition of half-memorized scripture (such as the title of the film, which is a broad paraphrase of Ephesians 6:16). His constant awkward prayers.