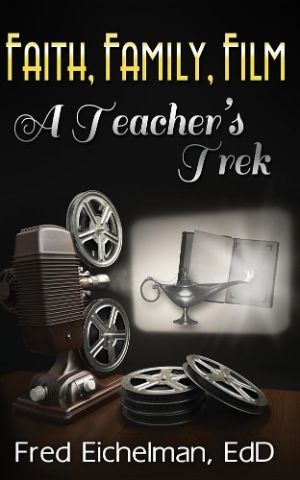 Faith, Family, Film: A Teacher’s Trek describes the worlds of entertainment, literature, and politics as experienced by the author during his lifetime. Dr. Eichelman reveals how films and television programs influenced his growing up, his teaching career, and his Christian ministry by reflecting upon the beautiful souls who throughout their storied careers have touched numerous lives, not just his own. His anecdotes feature such personalities as John Wayne, Roy Rogers, Elizabeth Taylor, Jimmy Stewart, Rhonda Fleming, Ronald Reagan, Andy Griffith, several Star Trek cast members, and many more celebrities well into the twenty-first century. The introduction by actress, producer, and motivational speaker Nancy Stafford promises that Dr. Eichelman will take you “where no man has gone before,” a promise that he delivers upon in charming, “come in and set a spell” Southern storyteller fashion.