Love in the Afterlife: Underground Religion at the Movies 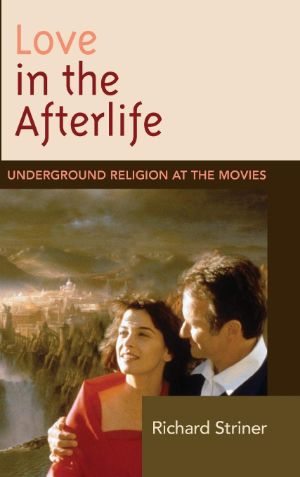 This is a definitive study of films that have been built around the themes of love, death, and the afterlife—films about lovers who meet again (and love again) in heaven, via reincarnation, or through other kinds of after-death encounters. Far more than books about mere ghosts in the movies or religion in movies, Love in the Afterlife presents a complex but highly distinctive and unique pattern—the love-death-afterlife pattern—as it was handed down by the ancient Egyptians and Greeks (in the Isis and Orpheus myths, for example), developed by Freud and his followers in the duality of “Eros and Thanatos,” and then featured in popular movies from the 1920s to the recent past. Among its other qualities, Love in the Afterlife may encourage readers to look at movies differently and reflect upon the possibility that other patterns in cinema may have gone undetected for years. Furthermore, this book will show how the love-death-afterlife theme found its way into all sorts of different film types: melodramas, comedies, war films, horror films, film noir, and other genres. The book will be well illustrated and quotations from film reviews will enliven its pages. A long appendix gives production data on almost sixty individual films.