Bresson and Others: Spiritual Style in the Cinema 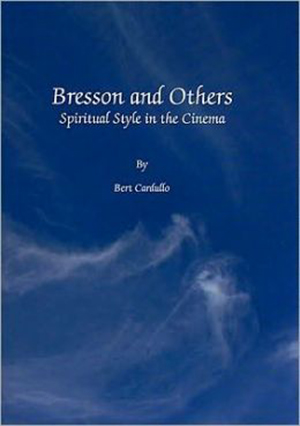 A number of writers have attempted to capture Robert Bresson's style as well as his substance with such terms as 'minimalist', 'austere', 'ascetic', 'elliptical', 'autonomous', 'pure', even 'gentle'. Most famously, Paul Schrader once called Bresson's films 'transcendental', while Susan Sontag described them as 'spiritual'. Both these critics thus extended in anglicized form a tendency that had early been dominant in Bresson criticism in France: the attempt, made by such Catholic writers as Andre Bazin, Henri Agel, Roger Leenhardt, and Amedee Ayfre, to understand Bresson's work in religious terms, seeing his camera as a kind of god and the material world as (paradoxically) a thing of the spirit. That attempt, in Sontag's essay, led to the introduction of Bresson to the New York-based avant-garde of the 1960s and 1970s, whose films - such as Richard Serra's 'Hand Catching Lead' (1968), for one - show the influence of the French director's severe, reductivist style. Jean-Luc Godard, of course, needed no such critical introduction to Robert Bresson, for, in his iconoclasm and integrity, in his rejection of the Gallic 'Cinema du Papa' as well as in his embrace of film as an independent art, Bresson was one of the heroes of the young directors who constituted the French New Wave in the early 1960s. So much so that Godard was moved to say in Cahiers du cinema in 1957 that 'Bresson is French cinema, as Dostoyevsky is the Russian novel and Mozart is German music'. The result is that Bresson has undeniably influenced a slew of contemporary European filmmakers, including Chantal Akerman, Olivier Assayas, Laurent Cantet, Alain Cavalier, Jean-Pierre and Luc Dardenne, Claire Denis, Jacques Doillon, Bruno Dumont, Michael Haneke, Benoit Jacquot, and Maurice Pialat - not to speak of his influence on Asian and American cinema. 'Bresson and Others: Spiritual Syle in the Cinema'; is an attempt to document this influence through essays on fifteen international directors who followed in Bresson's wake, who in fact may have influenced him (Carl Dreyer), or who contemporaneously worked veins similar to those found in Bresson's films ('Ingmar Bergman', 'Yasujiro Ozu'). These essays are preceded by an introduction to the cinema of Robert Bresson and followed by film credits, a bibliography of criticism, and an index. The subject of Bresson and Others, then, may specifically be Bressonian cinema, but, in a general sense, it could also be said to be spirit and matter - or film and faith.