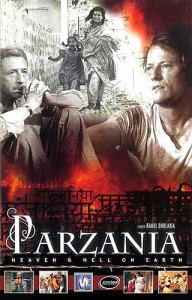 A Palestinian father’s moving gesture of peace, an intimate story of the 2002 Gujarat riots in India, an account of the election of a military dictator in Chile, and a look at the Egyptian revolution through the eyes of six protesters.

These are the stories that will be presented in the peace studies film series hosted by the Center for the Study of Religion and Conflict [at Arizona State University] this September.

The films highlight issues of justice, people’s struggle, religion, and peace, and each screening of these four acclaimed films will be followed by a discussion led by a distinguished faculty member with expertise in the subject matter of the film.