Reading the Gospels in the Dark: Portrayals of Jesus in Film 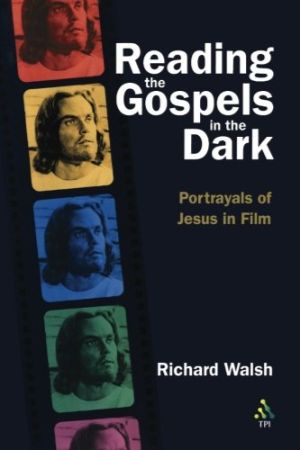 From The Greatest Story Ever Told to Jesus of Montreal to Shane, the figure of Jesus has made repeated—and varied—appearances in American cinema. In Reading the Gospels in the Dark, Richard Walsh brings “Jesus-films,” the canonical gospels, and American culture into conversation.The discourse begins in the theater with the lights down low and the Jesus-films on the big screen. Walsh’s commentary starts with the films themselves and the American Jesus(es) portrayed therein. Ironically, while we do not expect Jesus-films to “get Jesus or the gospels right,” they do cast light on interesting literary and mythical features of the gospels—and on American culture. For example, Arcand’s Jesus of Montreal offers fresh understanding of the apocalyptic discourse in the Mark 13, and Shane and Pale Rider demonstrate that Americans desperately want a conquering hero to deal with their frustrations.This is a book that explores how people watch Jesus-films and what they take with them after the screen goes dark.Richard Walsh is Professor of Religion and Associate Academic Dean at Methodist College in Fayetteville, North Carolina, and is the author of Mapping Myths of Biblical Interpretation and co-author, with George Aichele, of Screening Scripture.