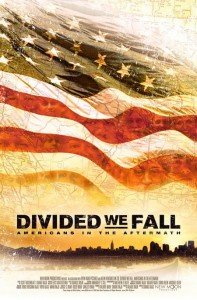 Divided We Fall: Americans in the Aftermath (2008) by Valarie Kaur and Sharat Raju will be the first film presented in the Religion and Politics Film Series. Valarie Kaur was a 20-year-old college student when she set out across America in the aftermath of 9/11, camera in hand, to document hate violence against the Sikh community. From the still-shocked streets of Ground Zero to the desert towns of the American west, her epic journey confronts the forces unleashed in a time of national crisis – racism and religion, fear and forgiveness. This critically acclaimed film was the first feature documentary on post-9/11 racism in America that toured 200 U.S. cities and received a dozen international awards. (Run time 110 minutes)

Detailed information about the event

The film on DVD