Chasm: Crossing the Divide Between Hollywood and People of Faith 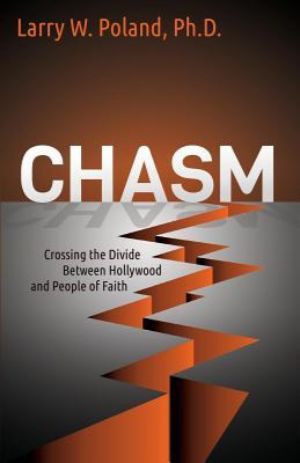 Two different worldviews. Two different sets of values. Hollywood and people of faith-two worlds in conflict and the chasm that exists between them. Dr. Larry Poland's book, Chasm: Crossing the Divide between Hollywood and People of Faith, explores the century-old warfare between the world of entertainment and mainstream Americans, those "flyovers" between Hollywood and New York. It is filled with fascinating first-person stories exposing the conflicts over excess, entitlement, God, the Bible, and intrinsic value. Dr. Poland's three decades in Hollywood as a consultant on the faith community informs his analysis. Stories from inside the industry are told with insight and good humor even amid some biting criticisms of those on both sides of the divide. Far from a "basher" or "tell all," Chasm is a call for those in both camps to get across the divide and build trust relationships as a basis for positive interchange, meaningful dialogue, and the pursuit of more redemptive media content. Is a truce possible? Find out here.