One Power in the ‘Verse: Finding God in Firefly and Serenity 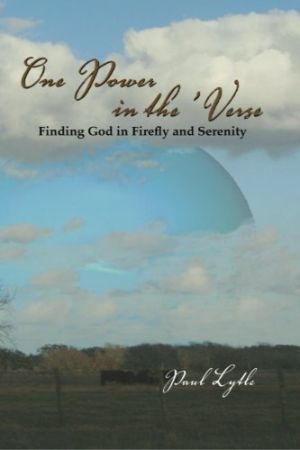 "You don't fix faith; it fixes you." From the first scene of the first episode of FIREFLY, where Malcolm Reynolds kisses a crucifix before going into battle, God has played a major role in Joss Whedon's fascinating look at the future. In ONE POWER IN THE 'VERSE, God's presence in FIREFLY and its sequel SERENITY is explored in detail, respect, and awe. With careful scholarship, author Paul Lytle shows that God is inexorably woven into the fabric of the 'verse . . . and why it's better that way.