Popular Iranian Cinema before the Revolution: Family and Nation in Fīlmfārsī 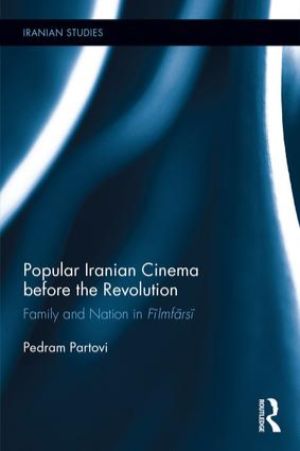 Critics and academics have generally dismissed the commercial productions of the late Pahlavi era, best known for their songs and melodramatic plots, as shallow, derivative ‘entertainment’. Instead, they have concentrated on the more recent internationally acclaimed art films, claiming that these constitute Iranian ‘national' cinema, despite few Iranians having seen them. Film discourse, and even fan talk, have long attempted to marginalize the mainstream releases of the 1960s and 1970s with the moniker filmfarsi, ironically asserting that such popular favorites were culturally inauthentic.
This book challenges the idea that filmfarsi is detached from the past and present of Iranians. Far from being escapist Hollywood fare merely translated into Persian, it claims that the better films of this supposed genre must be taken as both a subject of, and source for, modern Iranian history. It argues that they have an appeal that relies on their ability to rearticulate traditional courtly and religious ideas and forms to problematize in unexpectedly complex and sophisticated ways the modernist agenda that secular nationalist elites wished to impose on their viewers. Taken seriously, these films raise questions about standard treatments of Iran's modern history.
By writing popular films into Iranian history, this book advocates both a fresh approach to the study of Iranian cinema, as well as a rethinking of the modernity/tradition binary that has organized the historiography of the recent past. It will appeal to those interested in Iranian cinema, Iranian history and culture, and, more broadly, readers dissatisfied with a dichotomous approach to modernity.