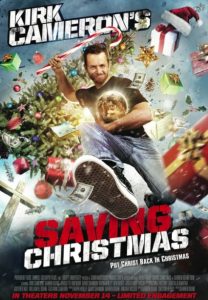 His new film, Saving Christmas, is going to take a look at various elements surrounding Christmas such as its origins and place in our modern culture.

The Saving Christmas website was hacked by Muslim hacking group from Turkey called the Ayyildiz Tim International Force. According to The Blaze, on Sunday and Monday morning, visitors to the site saw Turkish messages and were sent to Ayyildiz Tim’s Twitter account after hearing music and a gunshot.

The message translated to ”The Turkish spirit will shine again and the use of weapons will emerge in the nation’s history as this hero will shine again.” It was accompanied by an image of a man in armor.