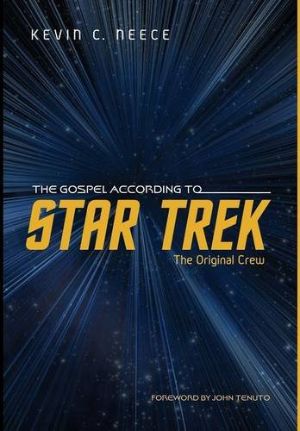 What's Christian about Star Trek? Nothing. That's the way most people see it and that certainly seems to be the way the franchise is intended. There's no question that the Trek universe is based on a doggedly humanistic world view and is set in a future time when religion has essentially vanished from Earth. If that's the case, how can there even be a "gospel according to Star Trek"?  In The Gospel According to Star Trek: The Original Crew, you'll discover how the continuing voyages of Kirk and company aboard the Enterprise--from the original series to the Abramsverse--tell us more about our human quest for God than you ever imagined. You'll learn how Star Trek creator Gene Roddenberry's own spiritual quest informed the franchise, what he and the series really have to say about God and religion, and the amazing image of Christ contained in Star Trek's most popular character.  You'll also see how Star Trek can help us recover a deeper, more fully human gospel that embraces our humanity instead of denigrating it and echoes the call of both Spock and Christ.