Jean-Luc Godard’s Hail Mary: Women and the Sacred in Film 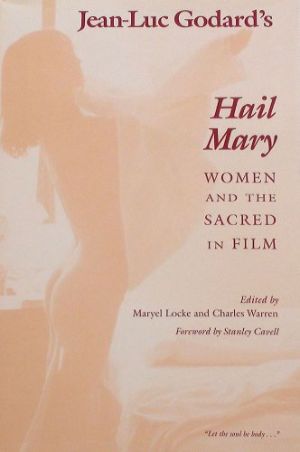 Maryel Locke and Charles Warren present twelve original essays by film critics, filmmakers, theologians, and philosophers that examine the 1985 film Hail Mary, directed by Jean-Luc Godard, and its companion film, The Book of Mary, directed by Anne-Marie Miéville. (The films are collectively released under the title Hail Mary.) The interpretative essays offer a rich spectrum of analysis and opinion representing many divergent points of view about critical theory, the status of women, and the value of film as a medium. Locke and Warren also include two important interviews with Godard, brief biographies and complete filmographies of Godard and Miéville, a short breakdown of the two films including the English subtitles, and the script of the French dialogue to complete a remarkably comprehensive treatment of this important film. The only film based on the biblical story of the Virgin Mary, Godard’s Hail Mary is a contemporary Swiss/French representation of Mary’s virgin pregnancy, the birth of her son, and her relationship with Joseph and her young child. Miéville’s companion film is about a young girl named Mary whose parents get a divorce. While neither film is overtly religious, the initial release of Hail Mary brought public protests, court cases, a physical attack on Godard, and condemnation by the Pope.