Sacred Space: The Quest for Transcendence in Science Fiction Film and Television 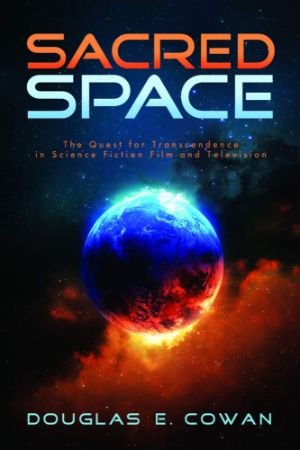 As humans, it is our trust in something larger than ourselves that invests our lives with meaning and value. We hope that outside the boundaries of everyday living there lies something greater. As Doug Cowan argues, science fiction is the genre of possibility and hope, a principal canvas on which writers, artists, and filmmakers have sketched their visions of this transcendent potential for generations. In Sacred Space, he leads readers in a compelling exploration of how this transcendence is manifested in science-fiction cinema and television of today.
From the millennial dreams of a future bright with potential to the promise of evolution from some as-yet-undreamed engine of creation, science fiction's visions of transcendence animate the pages of Sacred Space. Drawing on the most popular examples—Star Wars, Star Trek, Battlestar Galactica, Babylon 5, and Stargate SG-1—as well as the lesser known but no less important, Cowan reveals the multivalent religious ideas present in this media. Why do these themes that consistently appear in science fiction matter? What do they reveal about the often ambivalent relationship between outer space and our spirits? Cowan insightfully shows how these films and shows express and reinforce culturally constructed conceptions of transcendent hope, and along the way provides a provocative reflection on what this ultimately says about our culture's worldviews, hopes, and fears.