Paul Tillich and the Possibility of Revelation through Film 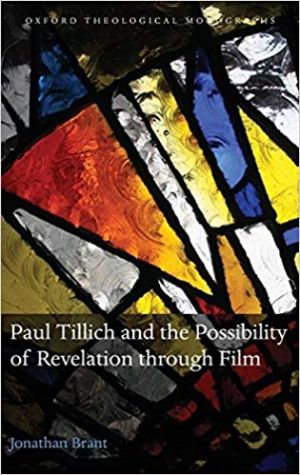 Since the birth of cinema at the end of the nineteenth century religion and film have been entwined. The Jesus-story and other religious narratives were the subject matter of some of the earliest cinema productions and this relationship has continued into the present. A recent proliferation of texts, conferences and courses bear witness to burgeoning academic interest in the relation between religion and film. In this study, Jonathan Brant explores the possibility that even films lacking religious subject matter might have a religious impact upon their viewers, the possibility of revelation through film. The book begins with a reading of Paul Tillich's theology of revelation through culture and continues with a qualitative research project which grounds this theoretical account in the experiences of a group of filmgoers. The empirical research takes place in Latin America where the intellectual puzzle and central research questions that drive the thesis arose and developed. Brant combines theoretical and empirical research in order to provide fresh insights into the way in which film functions and impacts its viewers and also offers an unusual perspective on the strengths and weaknesses of Tillich's theology of revelation, which is seen to focus on the saving and healing power of revelation rather than its communicative content. The grounding of the theory by the empirical data results in an increased appreciation of the sensitivity of Tillich's theology to the uniqueness of each film-to-viewer encounter and the data also suggests a new construal of the revelatory potential of film that is related to the community rather than the individual and to sustained life-practice rather than momentary experience. Brant reasons that Tillich's account is sensitive and compelling precisely because of its phenomenological attentiveness to real life experience, notably Tillich's own experience, of the power of art. However, Brant also suggests that it might be helpful to identify a stronger link than Tillich allows between the subject matter of the artwork, the content of revelation and the effect of revelation.