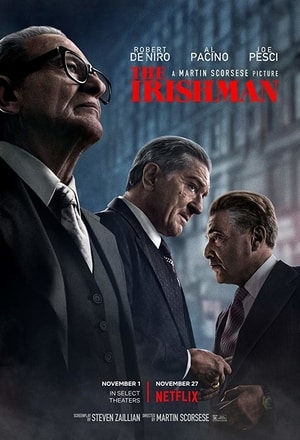 Rites and rituals play a crucial role in Martin Scorsese‘s The Irishman. Significant screentime was devoted to formal religious sacraments such as baptisms, weddings, last rites and funerals. These were the occasions where the protagonists participated whole heartily in the functions prescribed by their religion. Irish and Italian Catholicism have their differences but for the purposes of this movie they were interchangeable. Thus the most important aspect of religion for these characters seemed to be the rituals through which they could connect to their community, share their joys and sorrows, dress up to be seen and by adhering to their religions traditions they could still call themselves practicing Christians.

They also had their personal rites with similar significance. E.f. eating bread and dipping it into wine is a strong visual motif that signified life changing events. This kind of rituals gained just as much importance in our antiheroes’ lives as the more traditional religious ones. Breaking bread with someone and devoting full attention to the act and the company did result in new directions in their lives.

While they are down with rituals and communal practice another elements or religion got seriously twisted in their hearts and minds. Most religions prescribe a moral code and Catholicism’s starts with the Ten commandments. These not so gentle-men cherry picked which one of the ten to accept and follow and which one not to. On the other hand their own, homebrewed moral code’s key aspect was loyalty, which they enforced in multitudes of ways. The dilemmas surfaced when multiple loyalties clashed with each other. Instead of turning to religion to find the answer they considered their moral code in these instances. 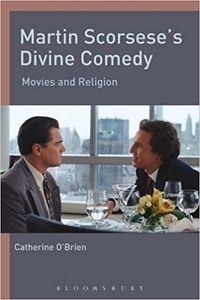 God, or faith in a higher purpose never entered the picture. The closest we got to the topic is when at the end the priest tries to evoke a sense of guilt in our hitman without success. He simply lacked the capacity for empathy, which is a prerequisite for feeling guilty. He withhold empathy for those he cared for, e.g. his daughter . Nevertheless he still joined the clergyman in prayer. Again, he believed in his own way, not necessarily the way the Church would have preferred.

If you want to further explore the themes of sin and salvation in Martin Scorsese’s works I recommend a book that came out last year and hardcover and today in paperback:
Martin Scorsese’s Divine Comedy: Movies and Religion by Catherine O’Brien

A mob hitman recalls his possible involvement with the slaying of Jimmy Hoffa.