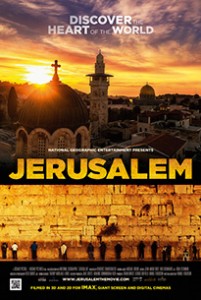 Daniel Ferguson, director, who was in Mobile Tuesday for the official opening of National Geographic’s “Jerusalem,” an IMAX film and accompanying exhibit at the Gulf Coast Exploreum Science Center, said he made 14 personal trips to Jerusalem from 2010-2013 for filming.

The focus of the 45-minute production aims to compare and contrast the lifestyles of three young women whose religious affiliations attempt to highlight the plurality of Jerusalem today: Judaism, Christianity and Islam.