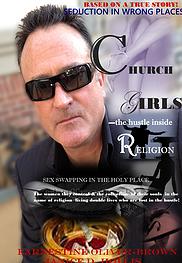 This project brings me great sadness but is one that must be shared from the inside; being a member of the clergy and media producer know this project will create a firestorm upon its release, first starting with the book based on a true story of a prominent female Philadelphia attorney, although very accomplished found herself entangled, abused and constantly threatened by an internationally renowned member of the clergy, who was living several secret lives as a married man, engaged to five other women and continued to lure younger and younger women into his circle. Despite certain officials having knowledge of his activities never sought to displace him, which caused more harm and supported his criminal activity.

Contribute to and read more about the campaign