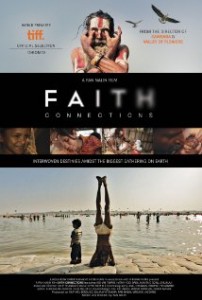 The Hindu Kumbh Mela festival is the largest gathering of religious pilgrims in the world and takes place at the intersection of the Yamuna, Ganges and mythical Saraswati rivers.

In 2013 the festival drew a record 120 million pilgrims, and in the midst of the chaos it easy to imagine how one could get lost. A new documentary by filmmaker Pan Nalin tells the story of three lost children — one who ran away from home, one who was kidnapped and one who was abandoned — all with the massive festival as backdrop.