Robin Williams ‘Considered Christ’ But He Was Never Set Free 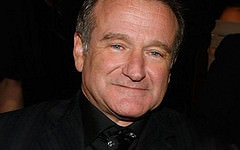 Oscar-winning actor and groundbreaking comedian Robin Williams had an interest in God and religion but he never experienced a genuine conversion or commitment to Christ, says Dr. Ted Baehr, chairman of the Christian Film and Television Commission and editor-in-chief of Movieguide.com.

Baehr, who interviewed Williams on several occasions, said Williams’ drug problems were actual demons that he “was trapped by” and although the late actor sought help in Christian facilities, he never found the inner peace he desperately searched for.