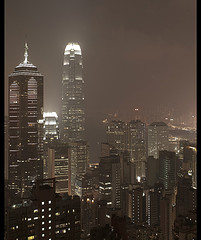 The film is actually a story about the rogue replicant Roy Batty, played by the actor Rutger Hauer. Roy Batty is the leader of a gang of replicants that Deckard is sent to catch and terminate after the first Blade Runner, Detective Holden, is wounded at the beginning of the film. Batty resembles the main character in Sumerian classic – Gilgamesh, a heroic demi-god who is also a king of Sumer. Batty’s chief supporter is the powerful replicant Leon, whose strength is displayed on several noticeable moments during the film (like when he wounds Holden and confronts Deckard). Leon is like the supporting character Enkidu in the Sumerian legend, a powerful man who’s an aide to Gilgamesh throughout the first half of the story.

Gilgamesh is out to seek immortality, just like how Roy Batty is trying to gain immortality, or at the very least, he is seeking to have an increase in his limited life (he is approaching the 4 year failsafe that will trigger his ‘death’). Not to mention that Batty is, in fact, a type of demi-god just like Gilgamesh. The search for immortality is one of the enduring testaments of human life. As one priest ironically said about death, “Why worry? Worry about death, and you will die. Don’t worry about death, and you will die. So why worry about death?” Gilgamesh, with Enkidu by his side, seeks out immortality and in this journey, Enkidu is killed and Gilgamesh loses his only true friend as a result of his egoism precisely half way through the story. Half way through the film, Leon, who is working with Batty and seeking life, questions himself when he confronts Deckard in the streets. While he is stronger than Deckard and nearly kills him, he is killed by the heroine Rachael, thus saving Deckard in the process. With Leon’s death, Batty loses his most powerful ally in his quest to achieve a new lot on life just as Gilgamesh did with the loss of Enkidu.

Read full Article on Tales From Beyond the Blind