“Mencintai Nisan,” or “Loving (a) Tombstone.” 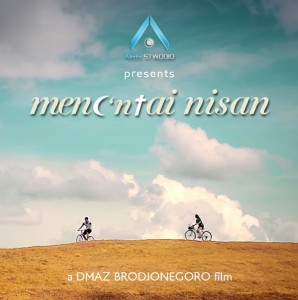 Dimas Brodjonegoro, the Jakarta-based artist has dived into filmmaking with his directorial debut, “Mencintai Nisan,” or “Loving (a) Tombstone.”

It’s a story that uses the template of a romantic drama to examine the fraught relationship between devotees of different religious groups in Indonesia, and the sensitive topic has made it a challenge for Dimas to secure any real distribution deals….

The original story had significantly less of a religious aspect to, but since Dimas wanted to focus on that part of the story, he had to embellish that section himself.

“Ultimately, the main point of the story is of someone who questions why religion too often becomes a cause of separation and limitation,” he explains.