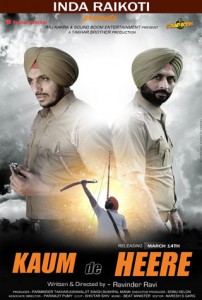 …The film’s producer, Pardeep Bansal, said the film is based on true incidents, according to the findings of the Justice Thakkar Commission that had probed the assassination.

“It is a completely balanced film wherein no religion or sect has been belittled. Some people are unnecessarily trying to create a controversy without watching the movie,” he said.