T&T Clark Companion to the Bible and Film 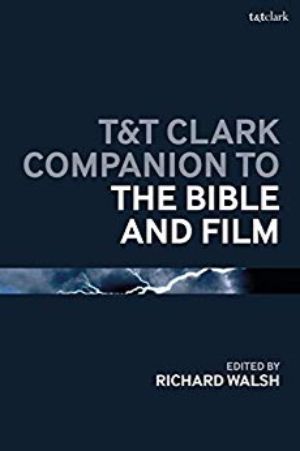 The first decades of the twenty-first century saw a resurgence of the biblical epic film, such as Noah and Exodus: Gods and Kings, which was in turn accompanied by a growth of biblical film criticism. This companion surveys that field of study by framing it in light of significant and recent biblical films as well as the voices of key biblical film critics. Non-Hollywood and seemingly “non-biblical” films also come under investigation.
The contributors concentrate on three points: “context”, focusing on the 'Bible in' specific film genres and cultural situations; “theory”, applying theory from both religion and film studies, with an eye to their possible intersections; and “recent and significant texts”, reflecting on which texts and themes have been most important in 'biblical film' and which are currently at the fore. Exploring cinema across the globe, and accompanied by extended introductory essays for each of the three sections, this companion is an important resource for scholars in both film and biblical reception.