On The Passion of the Christ 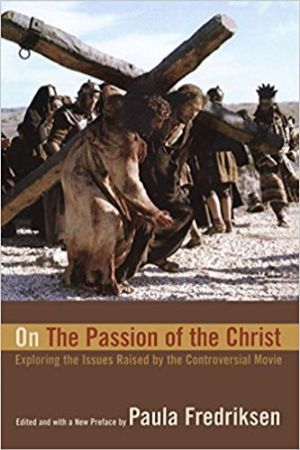 The Passion of the Christ, directed by Mel Gibson, was a commercial success of astonishing proportions, ranking as one of the highest grossing films of all time. It also unleashed a torrent of controversy and debate, provoking passionate responses, both negative and positive, from people of widely divergent backgrounds and beliefs. Exposing fundamental differences of opinion about everything from the historical reliability of gospel stories to the political power of Hollywood, the film continues to stir up accusations of anti-Semitism, gratuitous violence, and gross misrepresentation of the Bible. This book―whose contributors include theologians, journalists, academics, and clergy from Catholic, Protestant, and Jewish traditions―provides a wide spectrum of views and backgrounds. The essays consider the historical and ethical conundrums presented by the New Testament in general and by The Passion of the Christ in particular. The contributors’ discussions range from the film’s theological and historical underpinnings, to its cinematic and cultural implications, to the issues surrounding the millennia-long question "Who really killed Jesus?"