The Sacred and the Cinema: Reconfiguring the 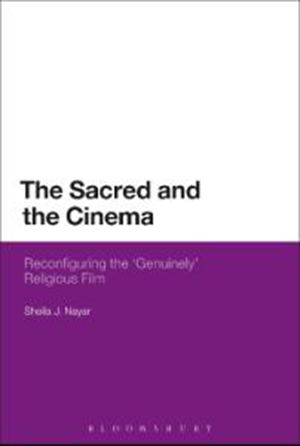 For more than half a centurynow, scholars have debated over what comprises a ‘genuinely' religious film—onethat evinces an ‘authentic' manifestation of the sacred. Often these scholarsdo so by pitting the ‘successful' films against those which propagate aninauthentic spiritual experience—with the biblical spectacular serving as theirmost notorious candidate.
This book argues that whatmakes a filmic manifestation of the sacred true or authentic may say moreabout a spectator or critic's particular way of knowing, as influenced byalphabetic literacy, than it does about the aesthetic or philosophical—andsometimes even faith-based—dimensions of the sacred onscreen. Engaging witheverything from Hollywood religious spectaculars, Hindu mythologicals, and aninternational array of films revered for their ‘transcendental style,' The Sacred and the Cinema unveils theepistemic pressures at the heart of engaging with the sacred onscreen. The bookalso provides a valuable summation of the history of the sacred as a field ofstudy, particularly as that field intersects with film.