Catholics in the Movies 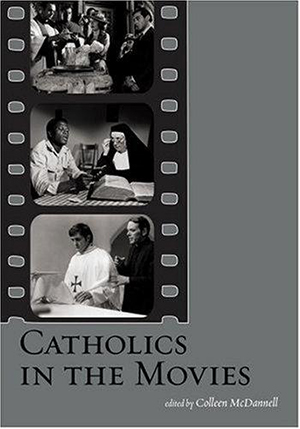 Catholicism was all over movie screens in 2004. Mel Gibson's The Passion of the Christ was at the center of a media firestorm for months. A priest was a crucial character in the Academy Award-winning Million Dollar Baby. Everyone, it seemed, was talking about how religious stories should be represented, marketed, and received. Catholic characters, spaces, and rituals have been stock features in popular films since the silent era. An intensely visual religion with a well-defined ritual and authority system, Catholicism lends itself to the drama and pageantry of film. Moviegoers watch as Catholic visionaries interact with the supernatural, priests counsel their flocks, reformers fight for social justice, and bishops wield authoritarian power. Rather than being marginal to American popular culture, Catholic people, places, and rituals are all central to the world of the movie.
Catholics in the Movies begins with an introductory essay that orients readers to the ways that films appear in culture and describes the broad trends that can be seen in the movies' hundred-year history of representing Catholics. Each chapter is written by a noted scholar of American religion who concentrates on one movie engaging important historical, artistic, and religious issues. Each then places the film within American cultural and social history, discusses the film as an expression of Catholic concerns of the period, and relates the film to others of its genre. Tracing the story of American Catholic history through popular films, Catholics in the Movies should be a valuable resource for anyone interested in American Catholicism and religion and film.