Gospel According To Monty Python 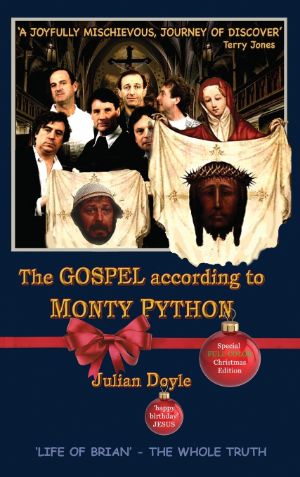 Who was the real Brian? Who was the real Jesus? Did the Romans build the Jerusalem Aqueduct? Were the Magi really wise? And were the Peoples Front of Judea, splitters? All the crucial issues this book dares to confront.----- 'Life of Brian' editor Julian Doyle, not only reveals some telling information about the filming process but also compares each and every hysterical scene of the film with the actual Biblical events and comes to some extraordinary conclusions, including the well held belief that 'Life of Brian' is the most accurate Biblical film ever made. A must not only for Python fans but film students wishing to understand the process of comedy editing. ----- Author Bio: JULIAN DOYLE is one of the world's most versatile Film Makers. He has Written, Directed, Photographed, Edited and Created Special Fx in feature films all to the highest standards. He is most famous for editing the Monty Python films such as 'Life of Brian' and shooting the Fx for Terry Gilliam's 'Brazil' and 'Timebandits, which he also edited. He has also won awards for directing pop videos such as Kate Bush's 'Cloudbusting' featuring Donald Sutherland and Iron Maiden's 'Play with Madness' featuring Graham Chapman. His most recent film is 'Twilight of the Gods' an in depth exploration of the relationship between Richard Wagner and Friedrich Nietzsche. He can be seen in 'Monty Python and the Holy Grail' playing the Policeman who puts his hand over the lens bringing the film to an end.