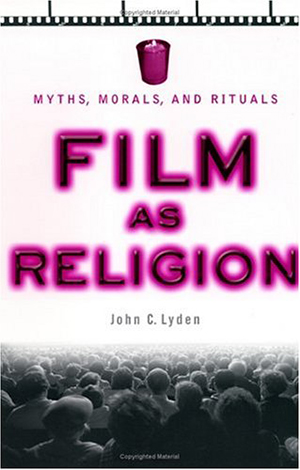 The lights dim, the voices hush and the devotees prepare for a sacred, transformative experience. This scenario does not describe a ritual in a cathedral or temple, but one occurring in another religiously charged space: the cinema. Lyden, a professor of religion in Nebraska, argues that if we define "religion" by its function-what the activity does for the people who participate in it-then movie-going is the religion of our time. Movies provide the collective myths to help us deal with our cultural anxieties and hopes, and catharsis in the form of rewarded heroes and punished villains. The book can be fascinating, if a tad theoretical and academic. Its most laity-friendly sections occur in the second half, when Lyden analyzes seven film genres (westerns/action flicks, gangster movies, melodramas, romantic comedies, children's films, sci-fi and horror). He also includes detailed discussions of several films, including the Star Wars movies, When Harry Met Sally, Titanic and the Hitchcock corpus. Throughout, Lyden does not try to dissect religious themes from various films, but attempts to understand how audiences respond to them in a religious way.