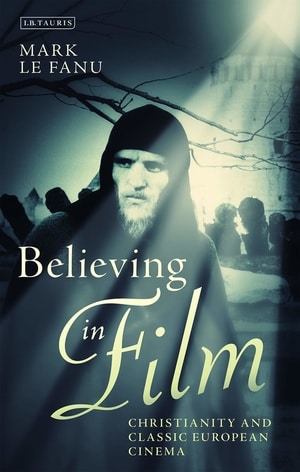 We live in a secular world and cinema is part of that secular edifice. There is no expectation, in modern times, that filmmakers should be believers – any more than we would expect that to be the case of novelists, poets and painters. Yet for all that this is true, many of the greatest directors of classic European cinema (the period from the end of World War II to roughly the middle of the 1980s) were passionately interested not only in the spiritual life but in the complexities of religion itself. In his new book Mark Le Fanu examines religion, and specifically Christianity, not as the repository of theological dogma but rather as an energizing cultural force – an 'inflexion' – that has shaped the narrative of many of the most striking films of the twentieth century. Discussing the work of such cineastes as Eisenstein and Tarkovsky from Russia; Wajda, Zanussi and Kieslowski from Poland; France's Rohmer and Bresson; Pasolini, Fellini and Rossellini from Italy; the Spanish masterpieces of Buñuel, and Bergman and Dreyer from Scandinavia, this book makes a singular contribution to both film and religious studies.