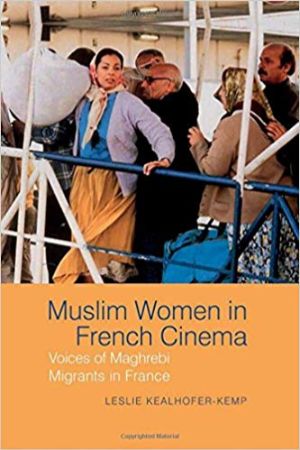 Muslim Women in French Cinema: Voices of Maghrebi Migrants in France is the first comprehensive study of cinematic representations of first-generation Muslim women from the Maghreb (Algeria, Morocco, Tunisia) in France. Women of this generation migrated to France during the decades preceding and following the end of French colonial rule, and they are generally - though not always accurately - regarded as belonging to a generation of migrants silenced under the weight of poverty, illiteracy, Islamic tradition, and majority ethnic Islamophobia. Situated at the intersection of post-colonial studies, gender studies, and film studies, this book brings together a diverse corpus of over 60 documentaries, short films, téléfilms (made-for-television films), and feature films released in France between 1979 and 2014, and it devotes one chapter to each kind of film. In examining the ways in which the voices, experiences, and points of view of Maghrebi migrant women in France are represented and communicated through a selection of key films, this study offers new perspectives on Maghrebi migrant women in France. It shows that women of this generation, as they are represented in these films, are far more diverse and often more empowered than has generally been thought. The films examined in this study are part of larger contemporary debates and discussions relating to immigration, integration, and what it means to be French.