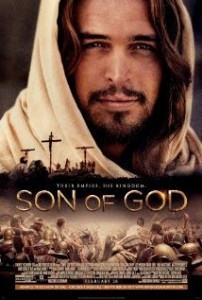 The 2014 film, Son of God, follows a familiar trajectory well-known to viewers who had seen films such as George Stevens’ The Greatest Story Ever Told (1965). Watching the Passion story yet again, I could not help but take note of the repetitiveness from sheer likeness. Yet one scene sticks out among the usual denouement—that scene in which Jesus in the wilderness, the high priest in the Temple, and the Roman Pontius Pilate with his wife in their chambers pray in their own ways and with differing assumptions about divine intent toward a petitioner. The interplay of petitions plays like a tutorial for the ears and eyes on comparative religion, found here even within a religion.