Saint Paul at the Movies: The Apostle’s Dialogue With American Culture 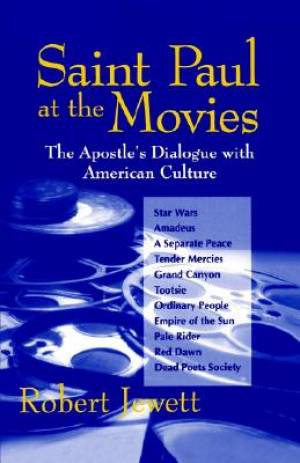 "Star Wars," "Amadeus," "A Separate Place," "Tender Mercies," "Grand Canyon," "Tootsie," "Ordinary People," "Empire of the Sun," "Pale Rider," "Red Dawn," and "Dead Poets Society"--all these movies show concern for deep human issues also treated in the Bible. The films provide evidence that many of the apostle Paul's themes in his New Testament letters are relevant for today. Contemporary movies, according to Robert Jewett, influence many Americans more than their formal education or religious training. And, since Paul interpreted the gospel on other people's turf, Jewett believes that today his forum would involve the movies, a primary source of discovering and debating important moral, cultural, and religious issues. Jewett treats film and biblical passages with equal respect. He brings their ideas and metaphors into relationship so that new insights emerge about both the ancient texts and the American cultural situation.