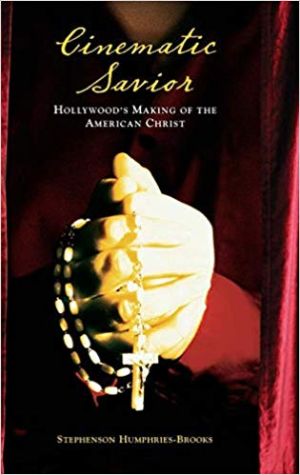 From Cecil B. DeMille's production of King of Kings in 1927, to Mel Gibson's recent The Passion of the Christ, films that discuss the meaning of Jesus have provoked interest, discussion, and reevaluation on a large scale. Hollywood films that deal with this subject have consistently managed to augment their inherent power by commenting simultaneously on political and cultural matters, and drawing from alternative cultural and mythological sources. The Greatest Story Ever Told, for instance, uses a landscape similar to that of the American West, while The Last Temptation of Christ deals with themes related to modern American notions of sexuality and sin.
This timely examination considers the life of Jesus as it has been portrayed in such films as King of Kings, The Greatest Story Ever Told, Jesus of Nazareth, The Last Temptation of Christ, and The Passion of the Christ, as well as the more allusive and implicit use of Christ-related themes in Spartacus, Shane, and The Matrix. It looks at the diverse content and often-surprising impact of these and other films, and reveals how these depictions have helped determine, and been determined by, particularly American notions of who Jesus was, how he lived and died, and what he means for both our religious and secular cultures.
Through an objective consideration of these movies, the emergent religious culture of mainstream American film becomes apparent as a central element in Hollywood movies—and in American popular culture at large.