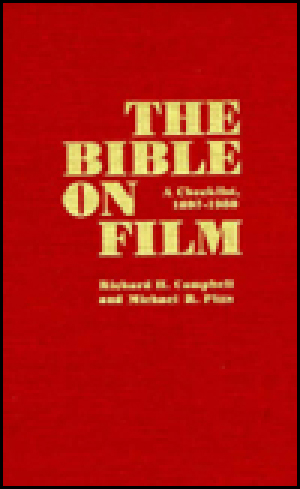 The first book ever written about the subject of biblical movies was "The Bible On Film: A Checklist, 1897-1980", published by Scarecrow Press on November 3, 1981. It was created by Richard H. Campbell on June 8, 1977. Campbell co-wrote the book with Michael R. Pitts. Before this, the idea of doing a reference book about biblical movies and TV programs did not exist. Since then, many similar books have been published, but Campbell's book was the first and is copyrighted as such in the Library of Congress.