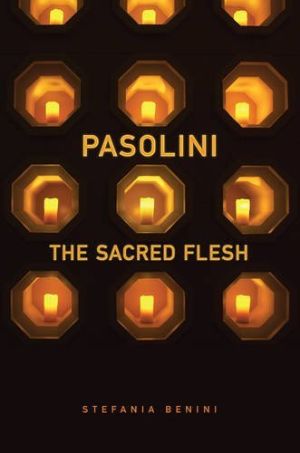 Poet, novelist, dramatist, polemicist, and filmmaker Pier Paolo Pasolini continues to be one of the most influential intellectuals of post-war Italy. In Pasolini: The Sacred Flesh, Stefania Benini examines his corporeal vision of the sacred, focusing on his immanent interpretation of the Christian doctrine of the Incarnation and the “sacred flesh” of Christ in both Passion and Death as the subproletarian flesh of the outcast at the margins of capitalism. By investigating the many crucifixions within Pasolini’s poems, novels, films, cinematic scripts and treatments, as well as his subversive hagiographies of criminal or crazed saints, Benini illuminates the radical politics embedded within Pasolini’s adoption of Christian themes. Drawing on the work of theorists such as Ernesto De Martino, Mircea Eliade, Jean-Luc Nancy, Alain Badiou, Giorgio Agamben, and Slavoj Žižek, she shows how Pasolini’s meditation on the disappearance of the sacred in our times and its return as a haunting revenant, a threatening disruption of capitalist society, foreshadows current debates on the status of the sacred in our postmodern world.