Two Egyptian films to be screened at London Film Festival 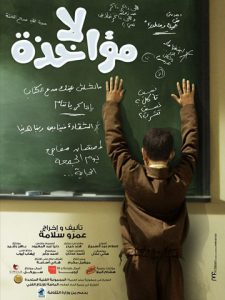 Excuse My French (La Moakhza), Salama’s latest movie, tackles issues of sectarianism in Egypt and was produced after numerous struggles with censorship.

It tells the story of a Coptic Christian child who, fearing discrimination from his classmates after transferring to a public school, pretends to be a Muslim. The film was initially deemed too sensitive by the board and Salama was forced to adjust the script, all the while trying to preserve the film’s core concept of religious discrimination. Even after the changes, though, the censors refused the film again in 2010, claiming that it would fuel sectarian strife and that it did not reflect behaviours that exist in Egyptian society.