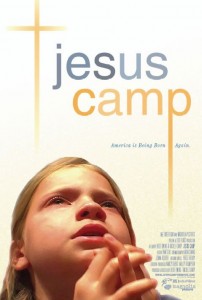 All of this incessant madness and irrationality is interrupted sporadically by Mike Papantino, the Christian co-host of radio programme Ring of Fire. The camera captures Papantino in his studio as he articulately despairs of these people, highlighting the alarming scale of the Evangelical movement and how this affects the democracy of the United States. Although I disagree with his religious views, Papantino reminds the viewer that there are normal religious people out there that believe in the separation of church and state just like the founding fathers of their country.