Religious Science Fiction in Battlestar Galactica and Caprica: Women as Mediators of the Sacred and Profane 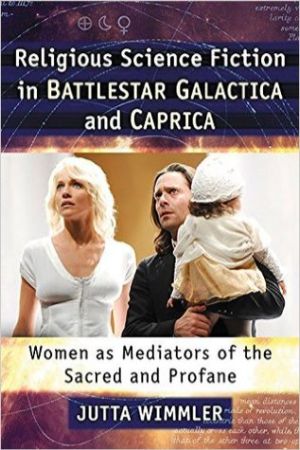 Why did it seem strange when Battlestar Galactica ended its narrative on a religious note instead of providing a scientific explanation? And what does this have to do with gender? This book explores the connection between the triumph of religion and the dominance of femininity in Battlestar Galactica and its prequel series Caprica. Both series breached science fiction's convention of representing the "irrationality" of femininity and religion. Analyzing the connections (and disconnections) between women and men, and theology and technology, the author argues that the "Battlestarverse" depicts women as zones of contact between the seemingly contradictory spheres of science and religion by simultaneously employing and breaking gender stereotypes.