Film Stardom, Myth and Classicism: The Rise of Hollywood’s Gods 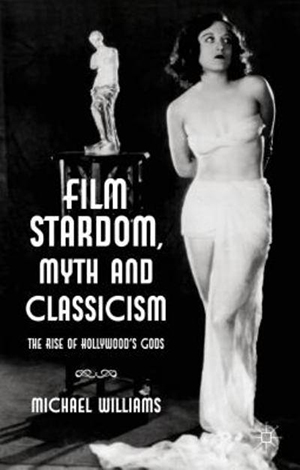 Since the golden era of silent movies stars have been described as screen gods, goddesses and idols. But why did Hollywood, that most modernity industry, first look back to antiquity as it built its stars? This book presents a unique insight into the origins of screen stardom in the 1910s and 20s to explore how the myth and iconography of ancient Greece and Rome was deployed to create modern Apollo and Venuses of the screen. Drawing from extensive research into studio production files, fan-magazines and the popular reception of stars in America and Britain, this study explores how the sculptural gods of the past enabled the flickering shadows on the screen to seem more present and alive. Classicism permitted films to encode different sexualities for their audience, and present stars who embodied traditions of the Grand Tour for a post-war context where the ruins of past civilisations had become strangely resonant. The book presents detailed discussion of leading players such as Ramon Novarro, Greta Garbo and Rudolph Valentino, and major films such as Ben-Hur and Flesh and the Devil to show how classicism enabled star discourse to transform actors into icons. This is the story of how Olympus moved to Hollywood to divinise stars as icons for a modern age and defined a model of stardom that is still with us today.