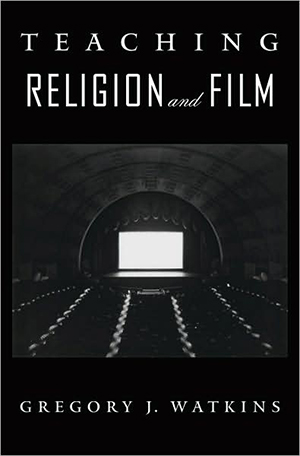 In a culture increasingly focused on visual media, students have learned not only to embrace multimedia presentations in the classroom, but to expect them. Such expectations are perhaps more prevalent in a field as dynamic and cross-disciplinary as religious studies, but the practice nevertheless poses some difficult educational issues -- the use of movies in academic coursework has far outpaced the scholarship on teaching religion and film. What does it mean to utilize film in religious studies, and what are the best ways to do it?
In Teaching Religion and Film, an interdisciplinary team of scholars thinks about the theoretical and pedagogical concerns involved with the intersection of film and religion in the classroom. They examine the use of film to teach specific religious traditions, religious theories, and perspectives on fundamental human values. Some instructors already teach some version of a film-and-religion course, and many have integrated film as an ancillary to achieving central course goals. This collection of essays helps them understand the field better and draws the sharp distinction between merely "watching movies" in the classroom and comprehending film in an informed and critical way.