The Sacred Foodways of Film: Theological Servings in 11 Food Films 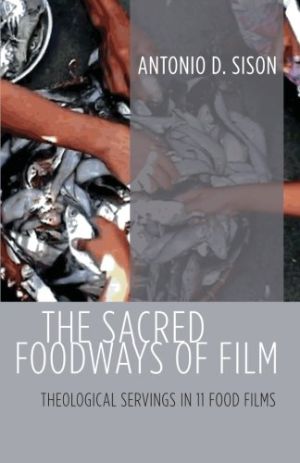 The Sacred Foodways of Film explores the ways by which the portrayal of food in film offers creative spaces for theological insight. From the Oprah Winfrey and Steven Spielberg produced title The Hundred-Foot Journey (2014) to the Oscar Best Foreign Language Film winner from Japan Departures (2008), eleven diverse films invite us to taste and see the mutually enriching blend of food and faith depicted onscreen. Smithsonian magazine describes the last two decades as ""The Era of Crazed Oral Gratification."" The explosion of interest in food culture, what is touted as the ""foodie revolution,"" is evident across media platforms in the United States as well as in many other parts of the world. Curiously, there has not been a book specifically dedicated to the confluence of theology/religion and food films. The Sacred Foodways of Film is a timely contribution to this fascinating area of interest that has long been simmering on the stovetop of scholarship.