Screen Jesus: Portrayals of Christ in Television and Film 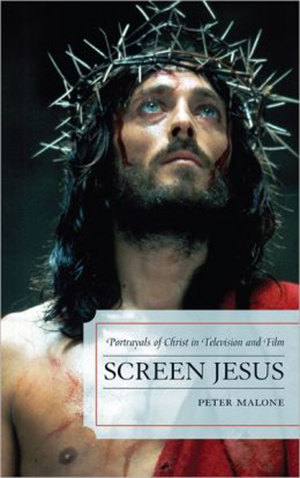 Since the dawn of film in the 1890s, religious themes and biblical subjects have been a staple of cinema. One of the earliest focuses of screen presentations was the Bible, especially the New Testament and the Gospels. In Screen Jesus: Portrayals of Christ in Television and Film, Peter Malone takes a close look at films in which Jesus is depicted. From silent renditions of The Passion Play to 21st-century blockbusters like The Passion of the Christ, Malone examines how the history of Jesus films reflects the changes in artistic styles and experiments in cinematic forms for more than a century. In addition to providing a historical overview of the Jesus films, this book also reveals the changes in piety and in theological understandings of the humanity and divinity of Jesus over the decades. While most of the Jesus films come from the United States and the west, an increasing number of Jesus films come from other cultures, which are also included in this study. Fans and scholars interested in the history of religious cinema will find this an interesting read, as will students and teachers in cinema and religious studies, church pastors, parish groups, and youth ministry.