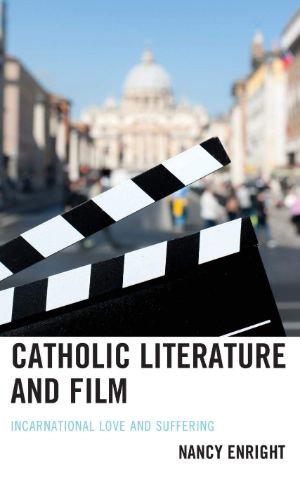 Catholic Literature and Film: Incarnational Love and Suffering is meant to be considered as a work of literary criticism, not film adaptation studies. In it, the author explores six literary works dealing with Catholic themes and the film versions of these works. The discussion of the films is at the service of analyzing the texts. Underlying all the discussions is an incarnational, sacramental view of the texts, which links to my interpretation of the film versions of them. Catholic and actually any Christian interpretation of literature or film or any other art form is rooted in an iconic and sacramental understanding of imagery as a means of conveying the sacred. Catholic spirituality lends itself to this sort of approach, as it is deeply rooted in the ability to see sacred things through physical means. A key sub-theme is romantic love in connection with salvation, which Charles Williams, one of the “Inklings” (the group of British writers, including J.R. R. Tolkien and C. S. Lewis, who met and discussed literature and theology), calls “the theology of romantic love,” as well as the sub-themes of redemptive suffering, and grace. My interest in the book is not an analysis of cinematography, per se, but on the films as vehicles for religious ideas.
What makes this approach unique is that it doesn’t deal with only faith and film, as Peter Frazer does very well in his book Images of the Passion: The Sacramental Mode in Film, for example; it also goes beyond the realm of strict literary criticism in its tackling of how religiously oriented works of literature are affected by the transformation into film.