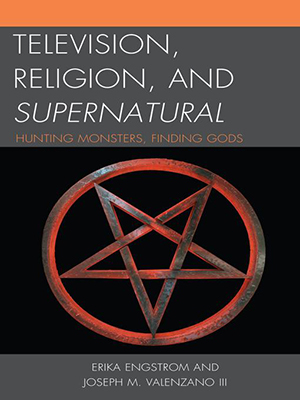 Television, Religion, and Supernatural examines the text of the CW network television series Supernatural, a program based in the horror genre that offers viewers myriad religious-based antagonists through the portrayals of monsters, which its two main characters “hunt” and destroy, as well as storylines based on the Bible. Even as the series’ producers claim a nonreligious perspective, the authors contend that story arcs and outcomes of episodes actually forward a hegemonic portrayal of Christianity that portrays a good-versus-evil motif regarding the superiority of Catholicism. The depiction of its protagonist brothers, Dean and Sam Winchester of Lawrence, Kansas, provides a pro-American perspective regarding a more generalized fight against evil in contemporary times.