Hollywood Holyland: The Filming and Scoring of The Greatest Story Ever Told 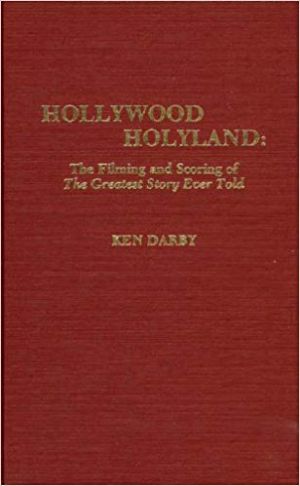 The late Ken Darby, a three-time winner for musical adaptation, presents a behind- the-camera portrait of the late George Stevens' 1965 "Holyland" , which he built in Utah's Monument Valley in order to film The Greatest Story Ever Told: 160 prefab aluminum bungalows housed over 400 artisans, actors, and technicians. The shooting schedule of this twenty-million dollar film was uncontrollable, and the four-hour premiere received such negative reviews that United Artists demanded that Stevens cut thirty minutes. Every cut required re-writes and new recording. Darby reveals startling details of the final surgery that scarred the film, along with the critiques that deeply wounded George Stevens.