The New Jew in Film: Exploring Jewishness and Judaism in Contemporary Cinema 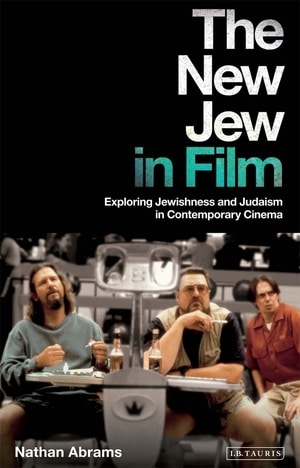 Jewish film characters have existed almost as long as the medium itself. But around 1990, films about Jews and their representation in cinema multiplied and took on new forms, marking a significant departure from the past. With a fresh generation of Jewish filmmakers, writers, and actors at work, contemporary cinemas have been depicting a multiplicity of new variants, including tough Jews; brutish Jews; gay and lesbian Jews; Jewish cowboys, skinheads, and superheroes; and even Jews in space.
The New Jew in Film is grounded in the study of over three hundred films from Hollywood and beyond. Nathan Abrams explores these new and changing depictions of Jews, Jewishness, and Judaism, providing a wider, more representative picture of this transformation. In this compelling, surprising, and provocative book, chapters explore masculinity, femininity, passivity, agency, and religion in addition to a departure into new territory—including bathrooms and food. Abrams’s concern is to reveal how the representation of the Jew is used to convey confidence or anxieties about Jewish identity and history as well as questions of racial, sexual, and gender politics. In doing so, he provides a welcome overview of important Jewish films produced globally over the past twenty years.